How do Domestic Poisons affect your pets?

Most people assume that poisons used in the home, either to control pests such as rodents, ants or snails, or insecticides sprayed on plants will not affect pets or that pets will not consume poisons intended for use in other species. People sometimes inadvertently poison their pets themselves at home while trying to treat them for parasites or illness. In this health focus, I am going to list the basic and most common household poisonings seen in domestic animals, and also how we treat pets for these poisonings, if there are antidotes available and how we can prevent our pets getting poisoned by mistake. I will focus on one main poison a week over the next few weeks. 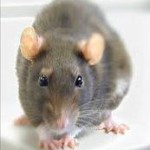 This is by far the most common accidental poisoning I see in dogs. I have also seen cats also poisoned with rodenticides, but only in cases where they were being maliciously poisoned by lacing meat with the poison. Dogs, however, like the taste of these poisons and will happy eat an entire box if they can. Common mistakes people make when putting these poisons out:

THERE ARE FIVE TYPES OF RAT POISON ON THE MARKET:

1. Warfarin and Coumarin based poisons 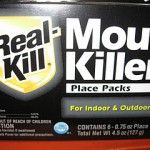 These poisons come either as pellets, often brightly colored in pink or blue or in slabs that resemble chocolate, usually also brightly colored. If dogs find these poisons scattered round the garden or hidden behind something in the kitchen, they WILL eat them. Dogs and cats usually will not get ill if they eat a  single rat that was poisoned, but if you have an infestation, smaller pets consuming a few rats or mice a day run the risk of being poisoned.

Pets may die as suddenly as these rats

Vitamin K by intravenous injection, until stabilized and then followed by a course of vitamin K tablets, possibly for up to two weeks after being diagnosed as being poisoned.All animals suspected of taking in rat poisons are treated routinely with this antidote, even if they vomited the poison out.

If the dog or cat has consumed the poison in the last hour, your vet will try to make your pet vomit the poison out. This is the best thing to do before the poison can do any damage.  Your vet will use drugs like Apo-Morphine to make your pet vomit, or a sedative that makes them vomit routinely such as Xylazine.  If you are unable to get to an emergency vet and you want to make your pet vomit, the best thing to use is ordinary plain washing powder, mixed with a little water to make it stick together and then forced down the throat. Be careful – don’t induce vomiting with all poisons, as some poisons cause seizures and your pet will inhale the vomit if he seizures at the same time. Rather speak to an emergency vet on the phone to make sure it if safe to induce vomiting at home before doing so.

If your dog or cat consumed the poison a few days ago and is showing symptoms of internal bleeding, then he may need a full blood transfusion to save his life. This will be followed by a drip and a few days on intravenous vitamin K to stabilize him. Your vet may also use activated charcoal tablets to absorb some of the poison out of the body.

Vitamin D based rodenticides are lethal, but luckily not as common as Warfarin based rodenticides.  These poisons make the body absorb calcium in huge quantities. This calcium is absorbed into the bloodstream and carried round the body, where it is deposited in soft tissues such as the lungs and kidneys. In the kidneys, this leads to kidney failure as the kidneys harden and gradually lose the ability to work.

There is no antidote

If they have just consumed the poison, getting them to vomit it out is the best thing, then they are put on intravenous drips to flush the kidneys through and also given diuretics to flush the kidneys through. Activated charcoal tablets are dosed orally to help absorb the poison.  The prognosis is guarded if caught early and poor if caught when the animal already has kidney failure.

3. Some rat poisons combine both of the above types of poison and thus will need both types of treatment.

These contain zinc phosphide which reacts in the rat’s stomach to make phosphine gas which kills the rats. People who own pets can use this type as pets cannot pick up the poison from eating a dead rat or mouse.

IF YOU DON’T WANT TO USE RAT POISONS IN YOUR HOME, HOW CAN YOU CONTROL RODENTS?

I personally feel that these poisons are not humane and, although I see the necessity for them in some cases, there is a lot people can do to get rid of rats or mice in the home that would allow minimal use of these horrible poisons.