Cats can be prone to getting recurring bladder problems which makes them urinate in unusual places instead of in their usual tray or outside.  Cats will urinate in the bath or basin, on the bed, on laundry or on the bathmat, for example.   The inflamed bladder lining leads to a hypersensitive bladder which makes the cats urinate even when there are only a few drops of urine in the bladder.  These bladder problems often recur frequently, and since cat urine has a particularity nasty odor, owners can often get very frustrated with their cats.  Some cats are even put to sleep for this very reason.  This article deals with the most common causes of bladder trouble in cats and how best to deal with them. A blocked bladder in male cats due to bladder stones is a life threatening emergency. 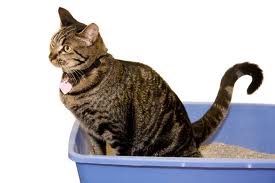 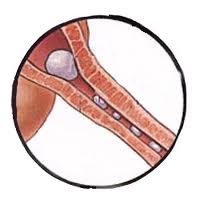 Over time the bladder gets fuller and fuller and may even rupture inside the cat’s abdomen. This is a VETERINARY EMERGENCY as cats can die from this.  If you suspect your cat has a blocked bladder, do not leave it, even for a few hours.  As the urine builds up inside the bladder it has nowhere else to go so it goes back up into the kidneys and fills the up as well, effectively stopping urine production.  Dangerously high levels of potassium can build up in the bloodstream which at first slow and then finally stop the heart.  If the bladder bursts inside the cat’s abdomen, the body then absorbs all the poisons from 24 hours of urine production at the same time into the bloodstream which poisons the cat, leading to extremely high potassium levels which can stop the heart.

A blocked bladder in male cats is a result of a blockage.  A blockage can be caused by either a stone or a plug of protein type material together with small crystals and junk. The end result is the same. 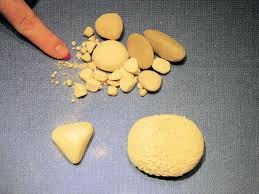 Signs and history of a blocked bladder in a Tomcat

Treatment of a Blocked  Bladder in male cats

This is an emergency. Once your vet has diagnosed a blocked bladder, your cat will be admitted to hospital and will stay there approximately three days. Your vet will put your cat under deep  sedation or general anaesthetic and will pass a small bore catheter up the urethra (the tube through which urine runs in the middle of the penis.) 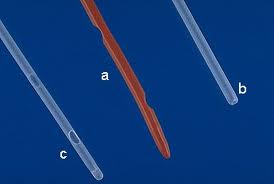 Your vet may be able to push the plug or stone back into the bladder with the catheter, or may have to flush saline or lactated ringers up into the catheter where it has lodged in the penis behind the blockage. In many cases the stone or plug is either stuck just as the urethra narrows as it leaves the bladder and goes into the penis or right at the tip of the penis. Sometimes plugs or stones can be massaged out as well.Once the blockage (stone or plug has been cleared the urine can pass through the catheter and out the body. The catheter is usually sutured to the skin and left in for at least 24 hours to allow small stones and plugs and other debris to pass out the bladder safely.

TREATING WITH THE CORRECT DIET