Hello Your Own Vet,

My 1 year old cat gave birth to a litter of 3 kittens and they are 5 weeks old.  I am trying to introduce them to eating solid foods from  a wet cat food pouch designed for kittens up to the age of 1.  I mushed  it up and poured water on top of it as advised to do by my local vet but they are not eating it –  any advice to make them eat it?

Also I have a problem – my cat was a stray cat so it is trained to do it’s business outside but the other kittens have urinated on the carpet, which I have cleaned but they still wee in the same spot.  I put their nose in the mess and put them in the litter box. Still not working! They eat the clay from the litter box but they are still urinating on the carpet. Any advice you can give me on that? 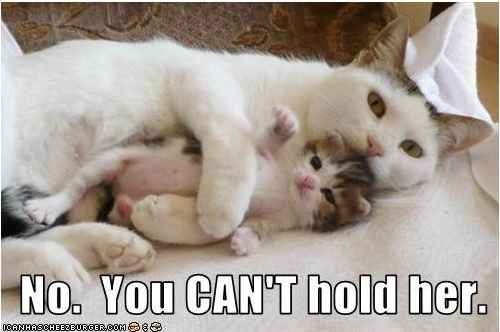 Wean kittens at 4-5 weeks of age

Sometimes weaning kittens can be difficult because they can be very stubborn! Kittens can be weaned from approximately four weeks of age.  Some people do try from three weeks, but I find that they are emotionally immature than and it’s usually very hard.  Kittens with the mother cat will start eating on their own from four to five weeks of age but continue to suckle on the mother for up to six months of age.  If you are hand rearing kittens, I also advise to let them have milk formula mixed specially for kittens as well as solids at this age, because of this natural behavior.   To wean them, I usually try taking pieces of the pouched food or weaning pellets such as “Royal Canin Babycat” softened with warm water, and putting it in their mouths directly. For kittens that are bottle fed, one can usually judge when they are ready to start weaning because they change from sucking on the teat of the bottle to chewing on it.  Your kittens are obviously hungry for solids because they are eating their litter so it is definitely the right time to wean them. They sometimes just need to be shown what food really is.  Most of the food that you place in their mouths will get spat out initially but some will be swallowed. You will need to do this each mealtime for about 3-7 days and then once they take the food from your fingers you can put it in a dish for them to take when they want. I sometimes start them taking food from my fingers and then guide their heads to the plate and gradually move my fingers away.  Remember to change to food regularly as it can spoil. It is also important to worm the kittens at 4 weeks of age, as they get worms from the mother through the milk, and these worms can stunt their growth or even kill them. You can pop into your vet and ask for a liquid wormer for 4-5 week old kittens and give it to them at home. Remember the mother cat can fall pregnant again when the kittens are 4-6 weeks old. Have her sterilized as soon as the kittens are eating on their own.

Worm your kittens at four and eight weeks of age

Kittens can be litter trained from about 5 weeks of age. Try putting newspaper under the tray and the tray on top of the spot on the carpet to stop them urinating on the carpet.   Put any messes they make outside the litter tray as well as any paper you used to clean the messes up with into the litter box so it smells of urine/stools and they will get the idea. Cats in general are odor based animals, which is why it’s so difficult to stop an adult cat marking the same place over and over again. If they smell their messes in the litter tray then they will get the idea that this is the toilet. Because they are very clean animals, this should also stop them eating the litter and help you wean them more easily.  I sometimes find that very small kittens struggle to get in and out of an adult cat’s litter tray. I usually start them on a margarine or two liter ice cream tub with litter in it. They also toilet train more easily with fine clay litter as opposed to standard clay, sawdust or silica litter.  Wash the carpet with biological washing powder to lift the urine stains and get rid of the smell in the carpet.

HOW TO HAND-REAR ABANDONED KITTENS

Hand rearing kittens is a challenging but rewarding task

I am adding this as an addendum to the question and answer because it’s something one sees a lot of in practice. Feral cats live in every major city in the world, and will breed frequently and give birth almost every season.  For various reasons, such as motor vehicle accidents and illness, they sometimes abandon their kittens. People hear them crying and pick them up and bring them to the vet to see if they can be hand-reared.  Hand-rearing lost kittens is easier than hand-rearing puppies and requires full time dedication for about a month, until they can eat on their own.

0-2 weeks of age: These are the most difficult kittens to hand-rear and if you have successfully done this and got a healthy kitten out at six weeks of age, you can pat yourself on the back because it’s difficult, even for people who do it all the time. The reason it is so difficult, is that newborn kittens need something called colostrum from the mother.  This colostrum is taken in with the first couple of feedings after birth, Colostrum contains all the antibodies the kitten needs to fight off infection for the first few weeks of it’s life, until it’s immune system is mature enough to start producing it’s own antibodies.  Newborn kittens that have not drunk colostrum often die from any small infection, so hygiene is very important if you are hand-rearing kittens. Newborn kittens have sealed eyelids and ears, so they rely on heat and touch to know where they are. 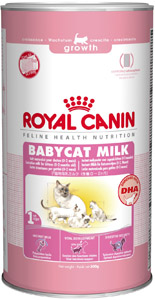 Mix fresh formula every time and feed at body temperature

2-4 weeks of age: The eyes and ears start opening around two weeks of age. Some kittens can develop infections under their eyelids which remain closed. You will see an eyelid that suddenly bulges. If this happens, you need to take them into a vet to have the eyelids opened, to allow the infection to drain out. It’s also very common for hand-reared kittens to develop diarrhea at some point.  Worry if it doesn’t clear up after a day, or of they go off their food. They may need antibiotics and sometimes fluids to help them get through the infection. Your vet may also recommend a pro-biotic at this point. Use  pro-biotic only once you have asked your vet about it.

4-8 weeks of age: This is the age where they change from small rat-like creatures into proper kittens and their personalities start coming out. They will play a lot with each other and with you at this age. 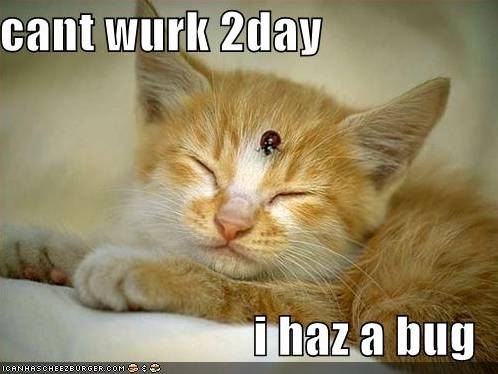 At 8 weeks your kitten should have its first vaccination

19 Responses to "Question and Answer – Weaning and toilet training kittens"