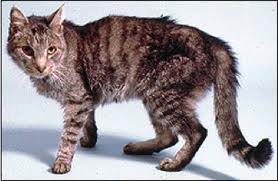 Hyperthyroidism is a condition in cats in which the thyroid glands produce too much thyroid hormone. The thyroid glands lie on the underside of throat, just below the larynx or Adam’s apple. Hyperthyroidism is the most common endocrine disease seen in first world countries in cats. It has just recently appeared in parts of the world such as Southern Africa and is in the increase there as well.

Hyperthyroidism is a disease in which the thyroid gland develops a lump – either benign (98%) or cancerous (2%) and the cells in this lump start to  produce thyroid hormone even if there is no TSH in the bloodstream. In fact, far too much thyroid hormone is produced which affects the metabolism of the cat, speeding it up enormously. 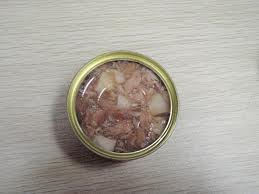 People haven’t found a definitive cause, unfortunately. Hyperthyroidism used to be a disease mainly seen in first world countries, but is now becoming increasingly prevalent worldwide. Keeping cats indoors and exposing them to certain types of plastics, such as the lining inside tinned food and litter tray use has been linked to the development of these growths in the thyroid gland but it isn’t a theory that has been either proved or disproved.

WHY DOES TOO MUCH THYROID HORMONE MAKE MY CAT ILL?

Thyroid hormone keeps the animal’s metabolism going – in other words, how fast the body works. If there is too little thyroid hormone in the body, animals get fat and sluggish and can even die. If there is too much, animal’s bodies go into a “hyper drive” state, speeding up everything inside the body. Cats will also eventually die as the body wears itself out from running so fast. It’s like driving your car permanently at 150mph – the parts of the engine will undergo huge amounts of wear and tear as opposed to a car that is being driven at 40mph. 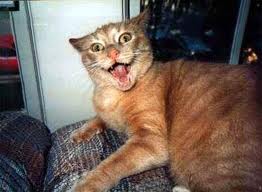 WHAT YOUR VET WILL CHECK AND TEST FOR 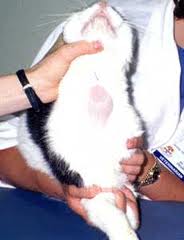 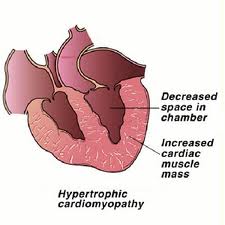 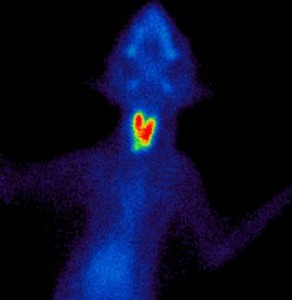 This is a lifelong treatment. Medication merely shrinks the size of the cancer in the gland. As soon as the medication stops, the cancer starts to grow and produce excessive amounts of thyroid hormone again. The most commonly used medications are Carbimazole given once daily or Methimazole twice daily. Many countries do not have a veterinary formulation of this drug, so the human drug known as Neomercazole is used. It is given daily or twice daily for the rest of the cat’s life. It is recommended that the cat’s total thyroid levels (total T4) be tested again 4weeks after starting treatment and the dosage adjusted accordingly. Methimazole is relatively inexpensive but Carbimazole can be expensive.  Few cats show any side effects, the most common of which are lethargy, vomiting and poor appetite.  In rare cases the blood or liver may be affected, so it is always wise for your vet to test the liver enzymes and do a blood count when the T4 is tested 4 weeks later. The pills also taste bitter, so some cats don’t enjoy the daily sessions of dosing all that much. But the tablets give a far more reliable dose than using a gel that can be absorbed through the skin, for example.

This an option explored in some countries where radioactive iodine is dosed to the patient. Since the Thyroid gland normally needs iodine to function, the iodine is stored there and the radioactivity kills the cancer cells that are present as radioactivity preferentially affects rapidly multiplying tissue such as that in a growth. It is more expensive than the medication but saves the owner dosing tablets every day and tends to be a more permanent solution. It is easily administered, given in a single injection under the skin. In 95% of cases this is curative, but 5% of patients may require a second round of treatment and in some cats it works too well and destroys more tissue than it should, necessitating thyroid hormone supplementation for the rest of the cat’s life. It is a safe treatment and in most cases is curative. 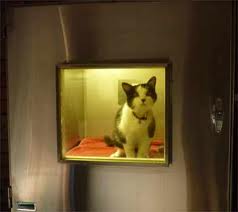 Because most vets are not licensed to handle radioactivity, it is usually done in a special facility, protective clothing is worn and the cat boards there until all the radioactivity has been eliminated from its body.  Malignant cancers in the thyroid gland can be cured in this way but only with extremely high doses and only a few institutions in the world are licensed to handle these high levels.  Cats treated with the radioactive iodine can live twice as long as those cats on medication only.It is a safe procedure and cats do not need to be put under general anesthetic for it, unlike surgery. Also, if small pieces of thyroid tissue are found elsewhere in the body, they will also be treated unlike surgical removal of the gland where only the gland in the neck is treated. Costs of iodine therapy and surgery are about the same. 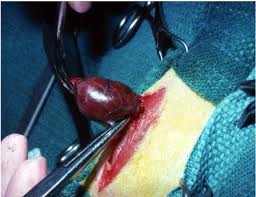 This is, in most cases, a permanent cure, where the diseased thyroid tissue is removed surgically. However, is there is are any other spots of thyroid tissue left in the body, they can continue to produce excessive amounts of thyroid hormone. Also if the diseases tissue is not completely removed the cat won’t be cured and sometimes the thyroid can develop another growth or lump as the disease can start up all over again. 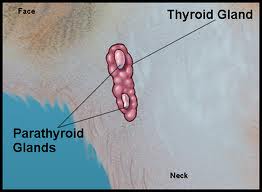 For this reason, cats should stay in hospital a few days after surgery to monitor their calcium levels and supplement calcium if need be. Some surgeons also recommend removing only 1 side of the thyroid gland at a time, so that, if there is any damage to the parathyroid gland untouched side can produce the calcium needed to keep the patient alive until the damaged gland has had time to heal itself. Cats with damaged after the surgery are usually sent home with oral calcium and vitamin d3 supplements for a few weeks.

CHEMICAL ABLATION OF THE THYROID GLAND

This is considered to be an experimental treatment, requiring an anesthetic. It can lead to damage to the nerves running in the area of the thyroid, doesn’t treat thyroid tissue  found anywhere else in the body and may need to be related a number of times before there is a cure.  The treatment is quick, though, taking less than 15 minutes.

Low iodine foods such as the Hills y/d diet may aid in the control of hyperthyroidism by lowering the amount of thyroid hormone inthe bloodstream. Iodine is needed to produce Thyroid hormone, and the theory is that if very little iodine is fed, the body will not have enough to make Thyroid hormone in excessive quantities.

One Response to "Hyperthyroidism in Cats"