“How important is early puppy socialization? When is the right age to start bringing a new puppy to puppy classes? Are there risks? Do the rewards outweigh the risks? What do the experts have to say?” 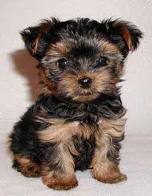 Your pup’s behavior is shaped in the first four months

The most important time your puppy’s life is 6 weeks to four months of age. This is the time when you lay the foundation for character, temperament and behavior, which will last for the rest of his/her life. It is VERY IMPORTANT how you handle your puppy during this time. What a puppy learns now will be imprinted firmly and it will be very hard to change or eradicate negative behavior later on.  Your puppy should have received its first inoculation when you collected it. Puppy socialization is then recommended as soon as possible after 8 weeks of age. If anyone advised you that your puppy must have all its inoculations before being taken out of the house, or that the puppy should be 6 months of age to start training, then they are wrong – THESE PEOPLE ARE OLD FASHIONED AND STILL IN THE LAST CENTURY!

Behavior problems can be avoided with proper early socialization

Puppies that do not socialize during these formative months could encounter problems during their life. Terriers especially need early socialization to make them more social with other dogs. A well structured Puppy Class (my own is called Puppy Kindergarten) is not a “free for all” but sessions consisting of controlled play, interspersed with training so that the puppies can meet men, women and children. Owners are shown that the process must continue at home.

Dr Platzhund, the well know radio vet states: “Pups that fail to attend these groups are isolated and “protected” in their socially deprived home environment, and are the only candidates that I have ever treated with major viral illnesses. A vaccinated puppy is still more inclined to be susceptible to disease through lack of contact or exposure. Veterinarians are behind the times with regard to puppy socialization classes, when they should be promoting the contemporary beneficial concept. Behaviorists are dealing with serious behavioral disorders cause the public do not want to disobey these recommendations. The recommendations that pups should attend classes after six months of age is a psychological nonsensical exercise, and is detrimental to the puppies and their owner.” 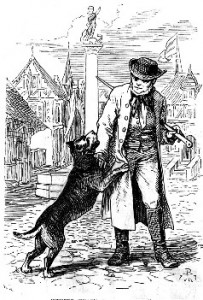 By socializing your dog early, he is less likely to be aggressive to strangers

In general for both humans and animals, prevention is better than cure. Nevertheless, hundreds of dogs under the age of two are euthanazed every year because of some unacceptable behavioral disorder; others are re-homed or abandoned. In the majority of cases, the problems could have been prevented easily of the owner had been educated in canine behavior.  In my Puppy Kindergarten, the puppies will structure their hierarchy through play – on a lead and in supervised free play.  They will test their acceptance of being passed around from person to person. An obstacle course will be negotiated with the help and guidance of their owners and sounds will be made to help puppies get over noise phobias.  The owner is educated on household matters, especially methods of discipline (no hitting, shouting rubbing noses etc.), positive reinforcement and the principle of avoiding behavioral disorders.

Leave a dog until it is six months before training! I don’t think so!

PLEASE find a reputable puppy socialization class. At the moment there are far too many people climbing on the training bandwagon, as they think they can make easy money. A good trainer is interested in what they, and not in money. Ask questions and even go and see a class before joining. It is worth traveling further to find a good training school than one that is close by.